Day 19 of the lock-down and we set off on the North Witham to Gunby circuit we had walked a couple of times this week but decided we wanted to extend it when we got to North Witham. We’d planned a longer 11 mile walk taking in Stainby and Sewstern and omitting Gunby with the same start from South Witham to North Witham but with the start of rain we decided this shorter addition would be for the best.  In the end the rain was light and incidental (until later in the afternoon when a thunderstorm passed overhead!) but 11 miles after a busy weekend of DIY was probably best left for another day!

Cows have appeared in the field as you start the footpath from the North Witham Road in South Witham but they were at the eastern end of the field so it was easily crossed even with the ‘attraction’ of Cooper!  As we approached North Witham we met a group of 3+3, 3 humans and 3 dogs, who followed us to the stream with the mini-weir on the  footpath towards Stainby Warren. All good fun for Cooper! 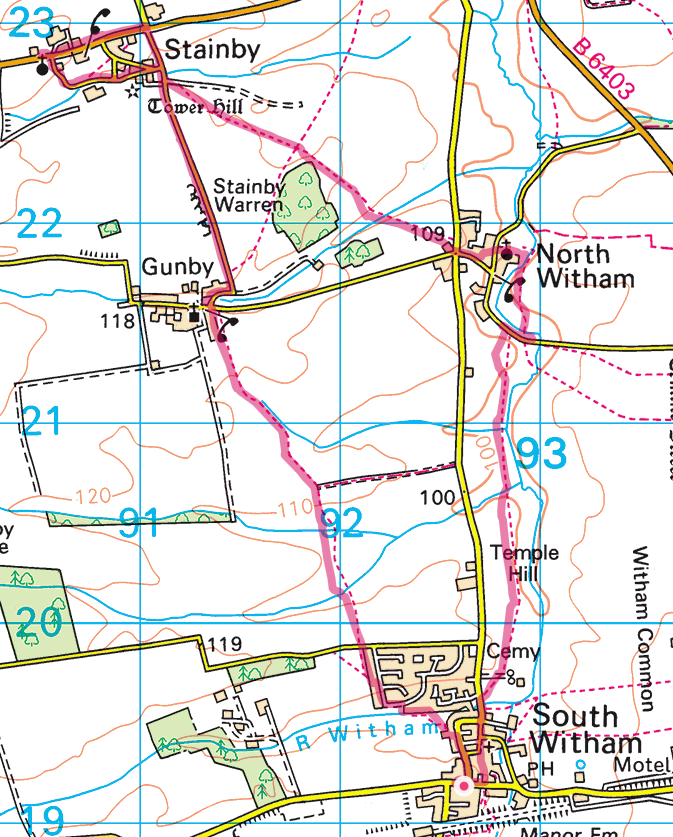